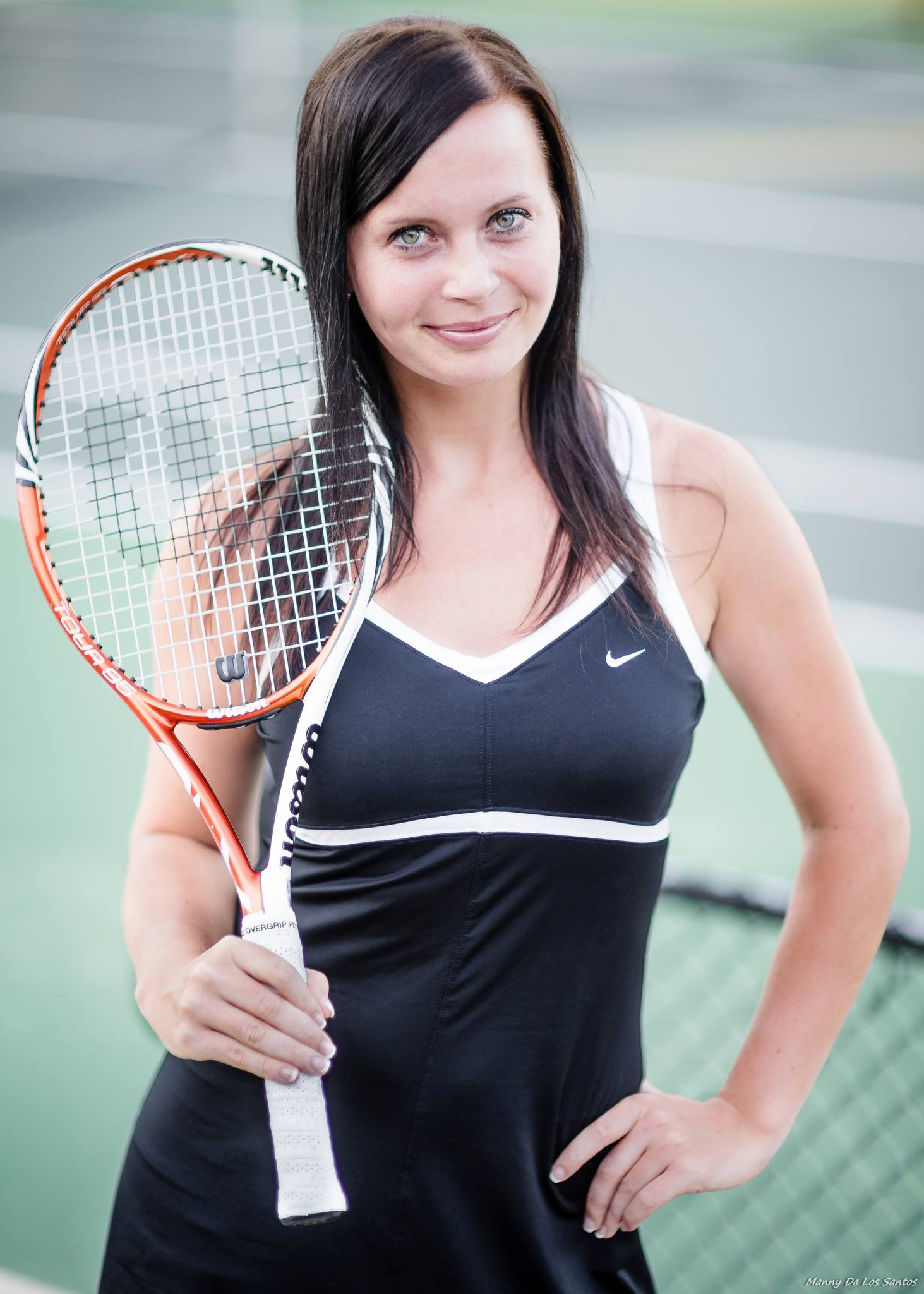 I was listening to Lucy Kovalova and she mentioned that all the top pros right now come from a tennis background.

What do you think?

Can someone with a non tennis background make it to that top spot to compete with Ben Johns or Simone Jardim?

Will it take extra drilling and practice or is it just the years and years of tennis play that separates the good players from the pickleball gods?

I would definitely agree that those with extensive tennis background will have a leg up on those with no prior experience INITIALLY. I think if you find the right people who are dedicated and put in the work to progress then we could potentially see some upsets in the future.

My beliefs tend to be more optimistic, so my personal belief to the question “Can non-tennis players become top pros”, in short, yes. As stated by many, a lot of it will come down to work ethic, belief, motivation, and a variety of others skills.

Dave Weinbach to my knowledge, doesn’t come from a tennis background and he is consider maybe the best senior player right now, and still a top Pro along with the younger guys.

I think you’re right, If I remember correctly his background is in table tennis. Which brings up the point that background in other sports can provide strengths others may not have like the quick hands of a table tennis player🤘🏼

I know I’m late to respond here but I have strong opinions about this.

The difference between a lot of tennis players that did really well in that sport that are coming to pickleball and a lot of recreational pickleball players is the time they’ve put into foundational training.

I grew up playing tennis and in my teenage years, spent many hours a week on the court drilling the same shots over and over. If any of you know Chad Lassiter, he taught me for 8 years and I can still hear him in my head guiding me through certain shots, and that’s because we were on the court day after day. So going into pickleball, some of the shots were easy for me to pick up because I’ve already put in the training. However, a drop shot and dink is something I’ve definitely had to drill and practice a lot and I’m still struggling with the mechanics of it. And I think the same is true for other tennis players. The more work they’ve put into the sport, the more they’ve been able to get out of it.

So I definitely believe that anyone could be a top player but it will come down to how hard they want to train, how many hours they want to put into drilling, and then being mentally able to get there.

As others have said tennis really helps because anyone that was a tennis player has already put in a ton of court time. Athletes though come in different sizes and shapes and good athletes can compete with hard work on basics.

I don’t really know who is at the top of the pickle totem pole. You mention 2 or 3 that have that background. I am really new to the scene haven’t really got a sense of how pro-picklers are developed—in tennis you move to Florida at a young age join a tennis academy. Interesting question though. I feel like tennis has helped my game tremendously in some ways and hurt it in other ways. Another thought I had related to your initial question is if there is any cross over in the other direction. Example, are there any picklers that have transitioned to the game of tennis and are top players? I feel like for teaching young kids pickleball might be easier to pick-up. I wonder how transferable the skills are from pickleball to tennis.

For me it’s about the technique and footwork that tennis players have developed over years of practice. I have had to put in tons of hours just to gain technique. Footwork is still coming.

Chad is amazing you had the ideal coach I had no idea you knew him. So cool! And I agree you put in the work you see the work.

Interesting thread and conversation. I think it depends on your overall athletic ability and skill level you’ve had with ANY sport. I played competitive volleyball for 40 years (6-person hard court, sand doubles, and grass doubles). I also played golf for 15 years, competed in horse shows, basketball and tennis. ALL of those sports gave me the foundation of knowing it takes hard work, dedication, coaching, proper stretching, and focus. I think having multiple pieces of the equation has helped me in my pickleball.

The very first time I played pickleball, I laid out a volleyball dive to get a ball. I made great contact and kept the ball in play, but no one else kept playing! They all ran over to see if I was fine, which of course, I was. I was disappointed that the rally didn’t keep going!

I like strategizing, but I have to careful who I talk strategy with. Because of my volleyball past, I am always talking, calling shots, communicating, chattering. When I first started playing, I would say “out” to my partner so they wouldn’t touch the ball, and I was told that was illegal. That we couldn’t talk! OMG - I almost quit playing right then. But I got a rules book, and it turns out that was BAD INTEL! I’m so glad USAPA got it right and mention it’s okay to communicate with your partner. Whew!

I do know that tennis players who also have transitioned to pickleball have a hard time playing with so much chatter on the court.

They eventually get it!

Possible? FOR SURE! No question. Easy? Different story. Let me explain…

Any one of those skills takes a lot of belief, desire & resilience on top of time and commitment in order to master.

The advantage that tennis players have, and not just any tennis players because the top tier pickleball players were often very successful tennis (college, semi-pro, pro) players, is that they all devoted a substantial amount of time to mastering the necessary skills.

They come to pickleball with all of that in the bag already which makes the transition pretty smooth. The skills are all there already. They just have to make a bit of adaptation to what they already know and do.

That’s a big leg up on the competition.

That said, anyone that is willing to put in the necessary amount of time and commitment it will take in order to achieve the same level of mastery as transitioning tennis players have already done has a shot at achieving a top tier level.

I love the chatter on the court but I have meet tennis players that have literally said you aren’t allowed to talk. That’s funny.

I love the trash talking that goes on as well. It helps keep me competitive.

Great question! My personal opinion- non-tennis players can absolutely be as good as tennis players. Top level tennis players put in a LOT of hard work and dedication to get where they are. Countless hours of drilling, matches, coaching, training. If anyone puts in that much hard work into pickleball (even without the tennis background) they can be just as good. It really comes down to hard work and motivation!

I am thinking if most tennis players have that firm foundation because they have been playing since they were 15 or younger, I will be a pro by the time I make it to the seniors.

You have been a good example of an individual who puts in the work and exercise in order to be able to compete at that high of a level. I remember when you finally beat Kyle Yates. I’m pretty sure it wasn’t because you had put in all the drilling as much as you put in the extra conditioning and exercise. Is that right?

Frank do you have any prior racquet- sports experience or is pickleball your first??

Obviously the point for me was that I have no tennis background at all. I was a skateboarder and football player.

@picklethe50 It looks like he doesn’t have any background in any eye hand coordination sports, other than maybe catching a football.

Hey Gabrielle! Pickleball is the only racquet sport I have ever played. I played football in high school and college and I was a sponsored skateboarder around high school. That’s all of my sport experience, other then nearly 8 years of Pickleball.