For me it’s about the technique and footwork that tennis players have developed over years of practice. I have had to put in tons of hours just to gain technique. Footwork is still coming.

Chad is amazing you had the ideal coach I had no idea you knew him. So cool! And I agree you put in the work you see the work.

Interesting thread and conversation. I think it depends on your overall athletic ability and skill level you’ve had with ANY sport. I played competitive volleyball for 40 years (6-person hard court, sand doubles, and grass doubles). I also played golf for 15 years, competed in horse shows, basketball and tennis. ALL of those sports gave me the foundation of knowing it takes hard work, dedication, coaching, proper stretching, and focus. I think having multiple pieces of the equation has helped me in my pickleball.

The very first time I played pickleball, I laid out a volleyball dive to get a ball. I made great contact and kept the ball in play, but no one else kept playing! They all ran over to see if I was fine, which of course, I was. I was disappointed that the rally didn’t keep going!

I like strategizing, but I have to careful who I talk strategy with. Because of my volleyball past, I am always talking, calling shots, communicating, chattering. When I first started playing, I would say “out” to my partner so they wouldn’t touch the ball, and I was told that was illegal. That we couldn’t talk! OMG - I almost quit playing right then. But I got a rules book, and it turns out that was BAD INTEL! I’m so glad USAPA got it right and mention it’s okay to communicate with your partner. Whew!

I do know that tennis players who also have transitioned to pickleball have a hard time playing with so much chatter on the court.

They eventually get it!

Possible? FOR SURE! No question. Easy? Different story. Let me explain…

Any one of those skills takes a lot of belief, desire & resilience on top of time and commitment in order to master.

The advantage that tennis players have, and not just any tennis players because the top tier pickleball players were often very successful tennis (college, semi-pro, pro) players, is that they all devoted a substantial amount of time to mastering the necessary skills.

They come to pickleball with all of that in the bag already which makes the transition pretty smooth. The skills are all there already. They just have to make a bit of adaptation to what they already know and do.

That’s a big leg up on the competition.

That said, anyone that is willing to put in the necessary amount of time and commitment it will take in order to achieve the same level of mastery as transitioning tennis players have already done has a shot at achieving a top tier level.

I love the chatter on the court but I have meet tennis players that have literally said you aren’t allowed to talk. That’s funny.

I love the trash talking that goes on as well. It helps keep me competitive.

Great question! My personal opinion- non-tennis players can absolutely be as good as tennis players. Top level tennis players put in a LOT of hard work and dedication to get where they are. Countless hours of drilling, matches, coaching, training. If anyone puts in that much hard work into pickleball (even without the tennis background) they can be just as good. It really comes down to hard work and motivation!

I am thinking if most tennis players have that firm foundation because they have been playing since they were 15 or younger, I will be a pro by the time I make it to the seniors.

You have been a good example of an individual who puts in the work and exercise in order to be able to compete at that high of a level. I remember when you finally beat Kyle Yates. I’m pretty sure it wasn’t because you had put in all the drilling as much as you put in the extra conditioning and exercise. Is that right?

Frank do you have any prior racquet- sports experience or is pickleball your first??

Obviously the point for me was that I have no tennis background at all. I was a skateboarder and football player.

@picklethe50 It looks like he doesn’t have any background in any eye hand coordination sports, other than maybe catching a football.

Hey Gabrielle! Pickleball is the only racquet sport I have ever played. I played football in high school and college and I was a sponsored skateboarder around high school. That’s all of my sport experience, other then nearly 8 years of Pickleball.

I absolutely believe that players that don’t come from A tennis background have just as much of an opportunity to rise to the top of the game in the future. I know of a few off the top of my head that are professional players, but may not be as well known due to the fact that they don’t travel like the rest of us. Tennis players have the strokes, court awareness, footwork, and some basic strategies that do give them a leg up when starting out the game. I think an athlete that has amazing hand eye coordination, sound footwork, and a strategic mind will have the ability to learn the game of pickleball and over time use all of their assets to climb the ranks and challenge those at the top. One of the most overlooked strengths to have in this game in my opinion is having sound footwork. Those that come from soccer or basketball tend to be great at pickleball because their footwork is phenomenal.

NOICE catch! Now you need to start a new thread and post all your skateboarding videos!

Since COVID hit with it came the drought of great pickelball content on Instagram, I have a new favorite account that I’m following… brings back mems of my days as a skateboard poser.

Thank you Tony Hawk Pro Skater (N64) for making me think I could be a skater! 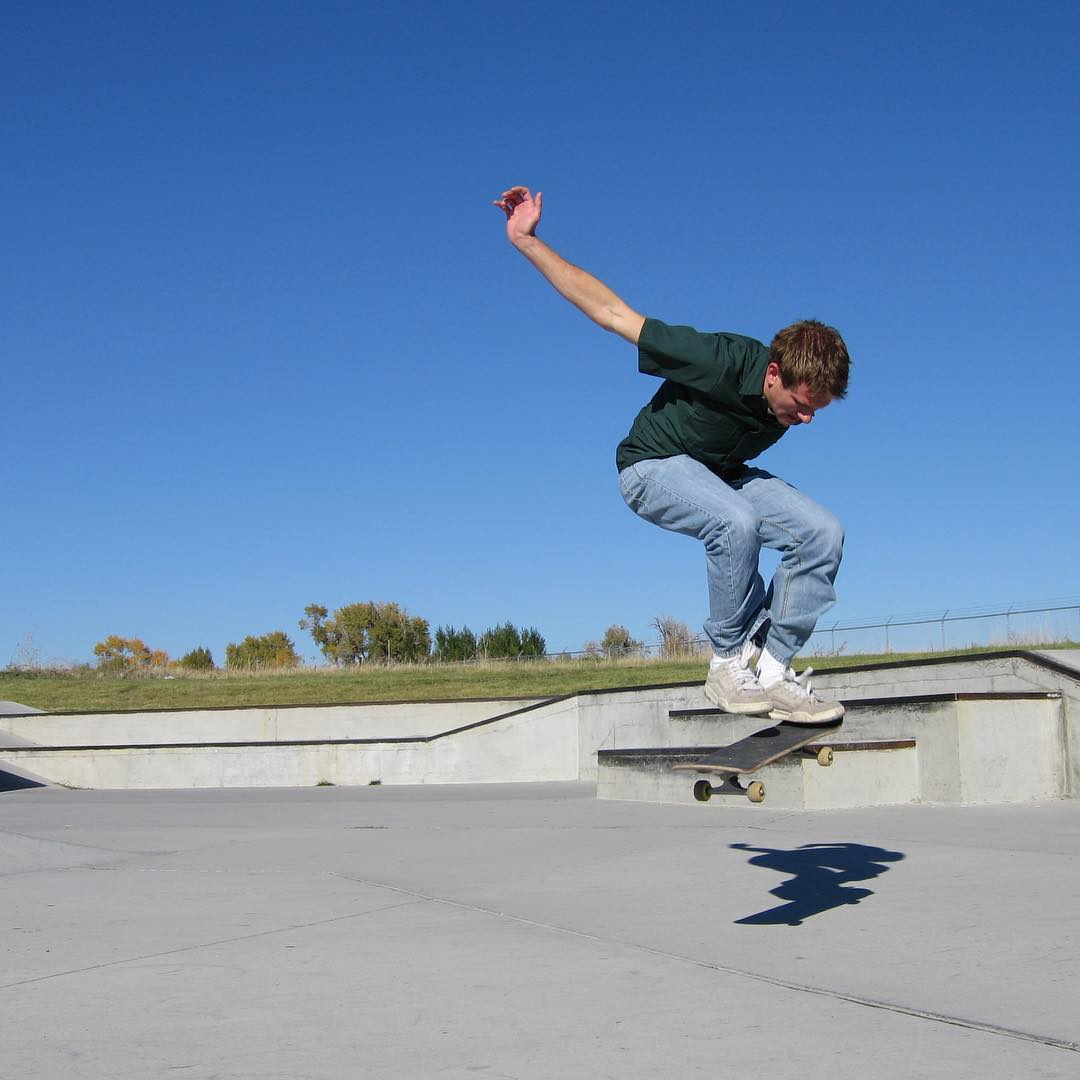 But watch the real stuff… It’s unreal what skaters can do on those boards! 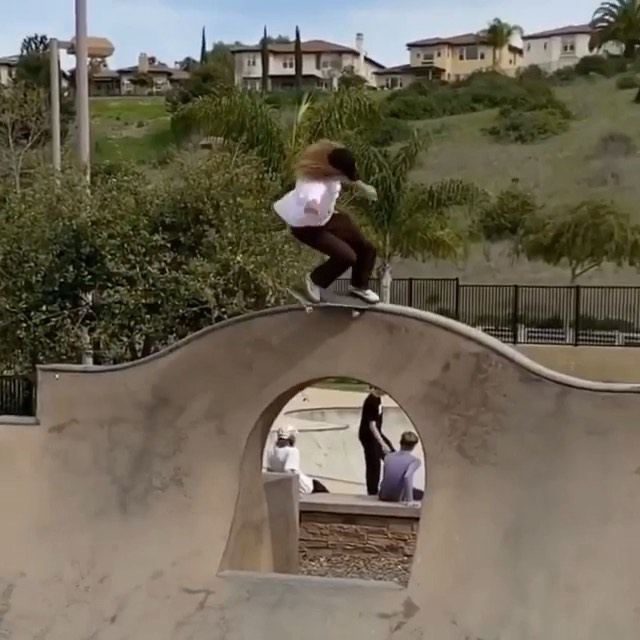 Jonny, I really love your post! I totally agree

. Having played soccer for so many years when I was growing up, it has given me a strong athletic edge. Though, funny enough, I have actually had to learn how to use that athleticism as a strength rather than a weakness. I have found myself often going on an all-out sprint to get to a ball, only to overrun it and find myself wildly off the court or hitting it way too early

. Pickleball is teaching me patience and how to use my athletic background in a more finesse-oriented way rather than an all-out brute strength kind-of way. I think people with varied sport backgrounds each bring unique strengths to the game (like you said by using soccer and basketball as an example!

), and that is what makes pickleball so beautiful- the great diversity of style of play and execution!

Yes, Jonny you hit this right on the head. I am a prime example of what you are exactly talking about. I come from no tennis background or racquet background in general, but have been able to make it to the 5.0 level and become very successful in the Midwest. Coming from a multi-sport background mainly basketball and baseball, speed, footwork and angles have always have always been a priority to me due to my challenging height

(I’m 5’8" challenging but not terrible)… These attributes along with blessed hand eye coordination and the ability to mimic things I see from videos, has helped my transition to pickleball greatly. When I first started playing since I had no racquet background I never felt as if I could overpower anyone or “bang” through anyone, which made me go down a rabbit hole on YouTube of the strategy of pickleball. Within the first week of playing pickleball I was already trying to hit a third shot drop and develop my soft game. I feel this accelerated my game quickly because I wasn’t spending a large amount of time, like many new players do just trying to crush the ball. Not having traditional tennis strokes I believed helped me a little. So can a non-tennis player become a high level player? I believe yes, but it takes an unbelievable amount of work, attention to detail, practice, and dedication.

I saw this on @Dayne Facebook today. I think it totally relates to this topic.

Past statistics are trends, not laws!

Too many athletes believe (X) can’t be achieved because many people failed, prior to them.

This type of thinking is why so many outcomes remain the same - athletes believe nothing can change … so it doesn’t.

Until someone says, “Screw it! I don’t believe in past statistics” and breaks through, most sit and wait.

If you pay attention to history, the moment someone proves (X) CAN be accomplished, others follow behind and begin accomplishing (X), as well.

Past statistics aren’t proof that (X) goals can’t be achieved, they only prove that players in the past weren’t strong enough to achieve them.

I know a lot of people who play either both tennis and pickleball, or transitioned from tennis to pickleball. However, my background wasn’t from tennis.

I used to play table tennis quite often, so I was already accustomed to putting spin on the ball; however, it obviously took me a bit to better my volleying. I actually do grip my paddle with my pointer finger on the rim, and hit practically every shot I know one-handed (forehand or backhand). Hasn’t slowed me down at all. I feel like the biggest impact its had on me has been that I can hit topspin shots accurately from almost anywhere on the court, just clearing the net, a skill I definitely developed playing table tennis.

My father who also plays pickleball, came from a different racket sport: racquetball. He, also, was no stranger to spin. He uses less fast shots like I do, but has deadly accuracy, and that accuracy plus wicked spin is something that is hard to face without experience. He grips his paddle with his pinky finger under the pommel (end-of-handle), which certainly allows him to get more chopping motions out of his shots.

I do have a pretty extensive background in one other sport as well, though… Soccer; specifically, as a goalkeeper. Won multiple championships with travel teams as a goalkeeper in soccer, and I think that is part of the reason I do quick blocking shots at the NVZ, even from difficult hits. The downside to that though, is that just because I “block” it doesn’t mean it clears the net, so that’s something I have had to change and get used to.

In the end, though, I feel like a developed understanding of the game, drills and hard practice, and playing countless games will over-time (with the right approach) make anyone as deadly of a player as anyone.